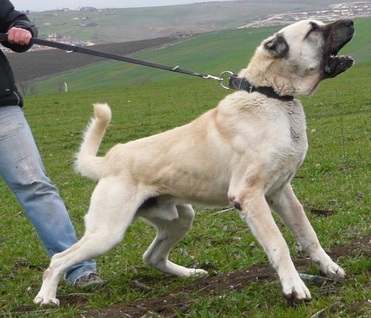 Most current approaches for dealing with dangerous dogs are reactive, not proactive. That is, dogs and owners are punished after-the fact, which does nothing for dog bite prevention. The single exception for this is BSL. Entire breeds are banned in the misguided attempt to proactively stop dog bites before they occur.  This is why breed bans have been so hard to get rid of -- no other proactive approach exists. Until now.

The evidence-based Canine Threat Assessment Guide (C-TAG) is an  immediate alternative to breed specific legislation, enabling rapid identification of high-risk dogs based on objective risk factors, rather than breed. With such a mechanism in place, proactive controls can be justified and implemented for aggressive dogs, before they attack.

C-TAG is a gross assessment done in approximately an hour by Animal Control it and provides the ONLY proactive solution to dog-human attacks OTHER than breed bans.

Responsible Dog Owners are protected:  Because owners of "high risk" dogs can take immediate concrete measures to reduce the potential risk their dog poses, they can actively and quickly drop their dog from a higher threat category down to a lower category.

The C-TAG also recommends preventative measures appropriate to the risk each category presents. In effect, this approach mandates responsible ownership for "high-risk" dogs. Owners must: keep their aggressive dogs adequately confined, lock gates on aggressive dogs so no one can stumble in, don't tie-out dogs, don't produce unwanted litters (breeding dogs are ranked as high-risks), and so on. And this is intuitively fair -- if you want to own a dog of this temperament, then you should be willing to exercise greater responsibility in the care, custody, and control of that animal.

==>  Germany repealed their Pit Bull Ban in 2007 because it did not decrease the number of dog bites.

==>  In 2008, the Netherlands repealed their Pit Bull Ban as ineffective in reducing dog bites; they are currently transitioning to standardized risk assessment rather than breed to identify "high-risk" dogs.

==>  In 2009, Italy, which enacted the most stringent breed-specific legislation in the world, repealed their Pit Bull Ban as ineffective.

==>  Hundreds of dogs have been destroyed in Ontario since the ban went into effect, yet there has been no marked reduction in dog bites and in several townships, bites are up.

==>  The Ontario Pit Bull Ban is not protecting the victims it was intended to protect. In 2007, 2 years after the Ontario Ban took effect, in Smiths Falls a toddler was killed in her family's backyard by a Shepherd/Rottie mix.

==>  SOLUTIONS: Queensland, Australia, has implemented the science- and evidence-based C-TAG risk assessment as a viable alternative to BSL, and they are very happy with it.

ISCTA Position Statement on Bill 132 (the legislation that enacted the Pit Bull Ban in Ontario): Bill 132 and other Breed Specific Legislation (BSL) should be repealed in favour of legislation mandating formal Canine Risk Assessments for dogs receiving written or verbal complaints from the public.

The C-TAG methodology is meant to be used by Animal Control, and:

1) Evaluates each dog based on its own merits, (as determined by a dog's prior history of aggression, etc.)

2) Evaluates the level of responsibility of the owner (as demonstrated by the dog's containment measures, training, etc.)